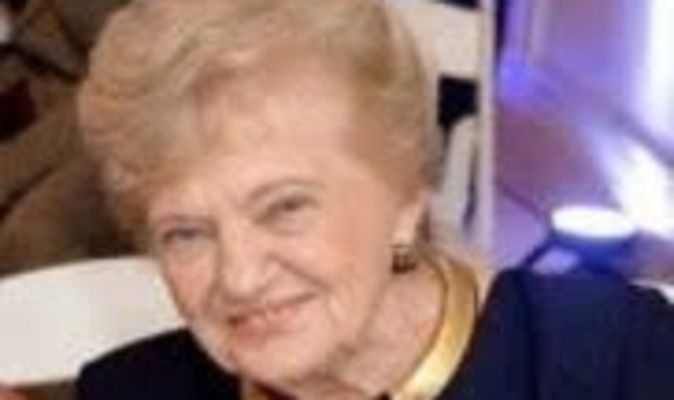 MARSHALL, Va.- Services will be held in February at the Grace Bible Church of Marshall for Jean Marie Lambert, 89, Marshall, who died Sunday, Jan. 5, 2020, at her home.

Anyone wishing to give a memorial contribution should consider the Marshall Volunteer Fire & Rescue Department, P.O. Box 225, Marshall, VA 20116.

Survivors include her son, Rock Barnes and her beloved grandchild, Dr. Lindsey Devers Basileo and husband Derek and her precious great-granddaughters, Gianna, Lia and Evelyn Basileo.

She was preceded in death by a brother, Jim McClendon; a daughter, Debbie Reuter; a grandson, William Devers and a nephew, Lynn McClendon.

Mrs. Lambert was born Feb. 26, 1930, on the family farm south of Liberal, Mo., to Aubrey “Put” and Margaret Curless McClendon.

She began a long teacher career at age 17. She taught at Barton City and Oskaloosa in Barton County, Mo. She continued teaching after her marriage to Chester Barnes, as they were transferred to various locations throughout the United States. She attended Southwest Missouri State University, Pittsburg State University, The University of Kansas City, The University of Missouri Catholic University and the New York School of Interior Design in New York City. She owned her own business in the Washington, D.C. area in the 1970’s and 1980’s.

Mrs. Lambert moved to her beloved country home in Marshall in 1986. She expressed her love of azaleas by planting over 1,000 of them on her property. She spent many happy years here, entertaining family and friends. She was known for hosting an annual “Timber Party”, with a huge bonfire, a live band, linen covered tables and chandeliers hanging from the trees.