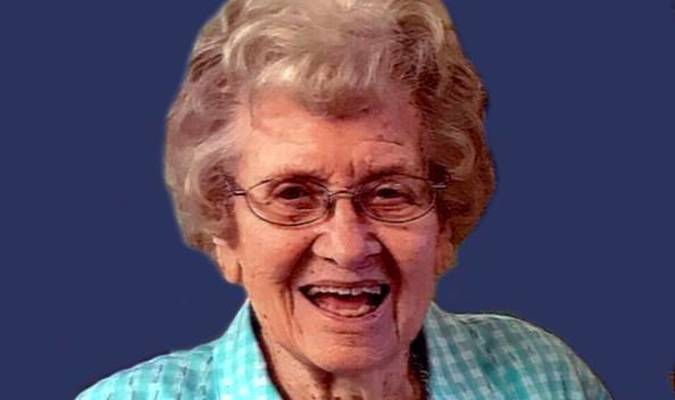 The family will receive friends from 6 p.m. to 7 p.m. Friday, at the church.

Contributions are suggested to the Jasper Baptist Church or Waters Cemetery, in care of the funeral home.

She was preceded in death by her siblings, Frank Pugh, Phil Pugh, Helen McClintock, Walt Pugh, Raymond Pugh and Daisy Cook and a son-in-law, Kenny Loveall.

Mrs. Pope was born Sept. 7, 1916, in Jasper, to Fred W. and Lenora (Budd) Pugh. She was a 1937 graduate of Jasper High School. She worked as a bookkeeper for Jasper Farmers Exchange for over 30 years. She began teaching Sunday School at Blue Sunday School and later at Jasper First Baptist Church for over 50 years, where she was a member.

She married Gay Route Pope on Sept. 3, 1938, at the Jasper Methodist Church. He preceded her in death.