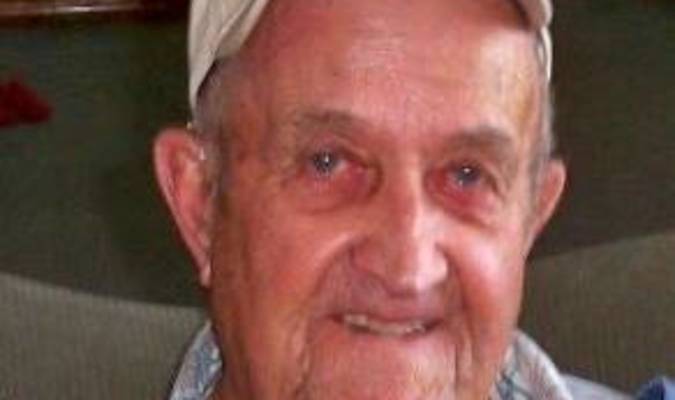 GOLDEN CITY- Graveside services will be held at 11 am. Wednesday, at Greenwood Kistler Cemetery in Golden City for Walter Paul Wirth, 96, Golden City, who died Saturday, Aug. 3, 2019, at Medicalodges of Nevada, Mo. Pastor Larry Garfield will officiate. Military honors will be conducted.

Visitation will be held from 6 p.m. to 7 p.m. Tuesday, at Daniel Funeral Home in Lamar.

Contributions are suggested and made payable to Greenwood Kistler Cemetery, in care of the funeral home.

He was preceded in death by his wife, Lillie Wirth; a sister, Esther Miessner and a nephew, Gary Wirth.

Mr. Wirth was born Dec. 10, 1922, in Dade County, to Conrad and Frieda Clara (Haustein) Wirth. He was a graduate of Golden City High School. He married Lillie Ethel Turner on Sept. 1, 1951, in Greenfield. He was drafted into the United States Army during WWII and served from 1944-1946 and was stationed in the Philippines. After being honorably discharged he was a farmer and rancher. He was a member of Golden City United Methodist Church and a past member of Lamar and Golden City VFW.