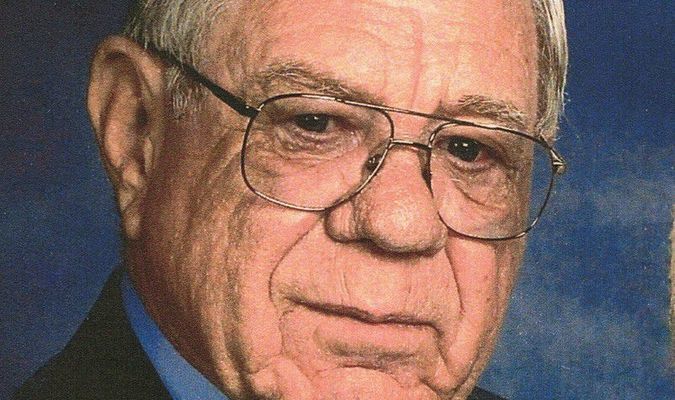 LAMAR- Services will be held at 11 a.m. Thursday at the First Christian Church of Golden City for Delbert N. “Bud” Fanning, 85, Lamar, who died Sunday, Jan. 19, 2020, at the Good Shepherd Community Care and Rehabilitation Facility in Lockwood. The family will receive friends prior to the service time, beginning at 10 a.m. Burial will be in the I.O.O.F. First Christian Church Cemetery.

Arrangements are under the direction of Greenfield Funeral Chapel.

Memorial contributions may be made to the American Cancer Society.

Online condolences may be shared at www.greenfieldfuneralchapel.com.

He was preceded in death by a son, Michael Eugene Fanning; a brother-in-law, William James; a granddaughter, Christy Leanna Zuber and a sister-in-law, Eugenia (Brasher) Fanning.

Mr. Fanning was born April 7, 1934, in Golden City, to Delbert C. and Ora L. (Holtsclaw) Fanning. He was a 1952 graduate of Golden City High School. He married Lena Mae Patterson on May 15, 1955, in Golden City. He retired from Beachner Seed Company in Lamar as manager and buyer. He was a member of the First Christian Church of Golden City.

Mr. Fanning was an avid fisherman. He enjoyed watching and listening to baseball games, especially the Kansas City Royals. He was a collector of baseball cards, Hot Wheels and Coca Cola memorabilia. He treasured his granddaughters and loved spending time with them.