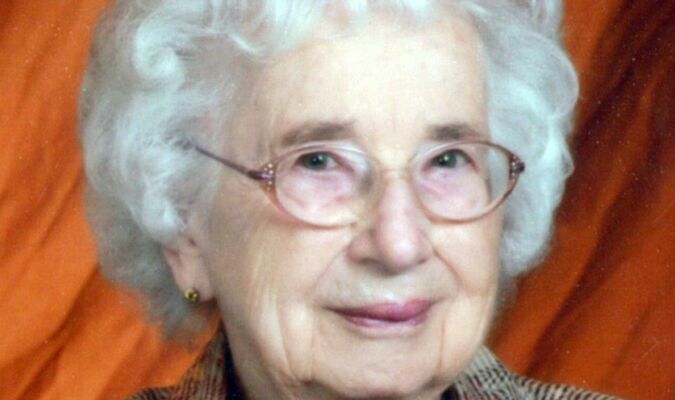 FT. SCOTT, Kan.- Services will be held at 11:30 a.m. Wednesday, at the First United Methodist Church in Ft. Scott, for Betty Sue Reed, 94, Ft. Scott, who died Wednesday, Nov. 24, 2021, at the Olathe Medical Center. Rev. Christopher Eshelman will conduct the services. Burial will follow in the U.S. National Cemetery.

Visitation will be held prior to the service, beginning at 10:30 a.m.

Arrangements are under the direction of Cheney Witt Chapel.

Memorials are suggested to the First United Methodist Church and may be left in care of the Cheney Witt Chapel, 201 S. Main, P.O. Box 347, Ft. Scott, KS 66701. Words of remembrance may be submitted to the online guestbook at cheneywitt.com.

Mrs. Reed was born Oct. 11, 1927, at the family farm near Lamar, Mo., the daughter of John Beall and Ellen (Beagles) Beall. She graduated from Lamar High School with the Class of 1945. She married Gareth DeWayne “Gary” Reed on Nov. 18, 1952, in Lamar, Mo. She and her husband lived on the farm in Lamar, Mo., until moving to Ft. Scott in 1964. After moving to Ft. Scott, she worked as secretary for the First United Methodist Church. She served in this capacity for 25 years. In addition to working as secretary, she was also involved with the M & M Homebuilders Sunday School Class and the United Methodist Women.

In earlier years, she and her husband were both involved with Boy Scouts and Campfire Girls. She enjoyed playing pinochle, golfing and traveling. The two enjoyed visiting their son, Douglas, while he was stationed with the United States Air Force. They made trips to Alaska, Hawaii, England, France, Italy, Germany and other European countries, as well as nearly every state in the United States.