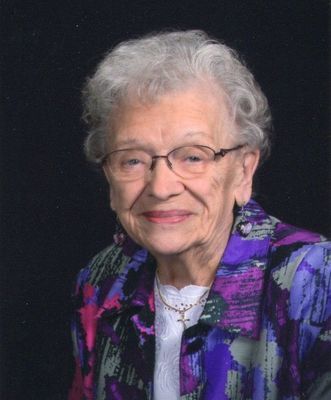 LAMAR- Services will be held at 10 a.m. Friday at the United Methodist Church in Jasper for Clovis Roselea (Clymer) McClintock, 92, Lamar, who died Tuesday, Jan. 29, 2019. Burial will follow at Paradise Cemetery, south of Jasper.

Visitation will be held from 6 p.m. to 7 p.m. Thursday, at the funeral home.

Memorials can be made to the United Methodist Church, Lamar Senior Center or Paradise Cemetery, in care of the funeral home.

She was preceded in death by her husband and a son, David McClintock.

Mrs. McClintock was born Sept. 3, 1926, in Stella, to Clovis Edward and Rhoda (Collings) Clymer. She spent one year as a child living at the tuberculosis sanitarium in Mt. Vernon. She was a 1945 graduate of Carthage High School. She had a short career as a telephone operator for Southwestern Bell in Carthage.

She married Melvin Dingman in 1946 and the marriage ended the following year. On Feb. 14, 1954, she married Emmett Eugene McClintock, in Jasper. She spent most of her life assisting him and tending to the domestic duties on their farm near Jasper. When it came time to leave the farm, she moved to Lamar.

She was a member of the Jasper United Methodist Church, Calla Rebekah Lodge and Red Hatters of Lamar. She started the Surviving Spouses group and served as its leader for several years. She was frequently in attendance at the Lamar Senior Center and was the “jewelry lady” at Walmart for several years.