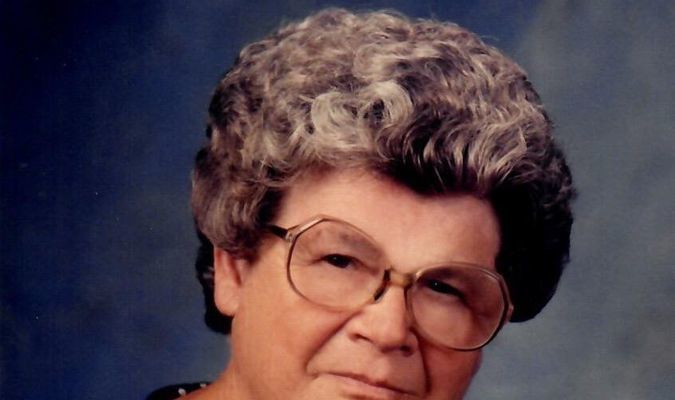 LAMAR- Services will be held at 2 p.m. Wednesday at Weng Funeral Chapel in Jasper for Melba Marie Heaton, 93, Lamar, who died Thursday, Feb. 7, 2019, at Truman Healthcare. Burial will be in Paradise Cemetery.

Visitation will be held prior to the service, beginning at 1 p.m.

Memorial contributions can be made to the First Baptist Church of Jasper or the Gideons.

Online condolences can be made at www.wengfuneralchapel.com.

She was preceded in death by her husband; two brothers, John Eddleman and Frank Eddleman; two sisters, Mary Alice Schloeman and Lodema McCommons; a son-in-law, Darrel Jumper and a great-great-grandson.

Mrs. Heaton was born July 1, 1925, in Dongola, Ill., to Malby and Henrietta (Devault) Eddleman. She was a 1943 graduate of Dongola High School. She worked at McDonald Douglas in St. Louis during World War II. She attended the University of Missouri in Columbia. She was an active member of the First Baptist Church of Jasper until her health declined. She then moved to Lamar.

She married Donald Heaton on June 3, 1947, at Columbia, Mo. He died Sept. 5, 2006. She worked until he finished college and in 1949 they moved to Newtonia, where he taught Vocational Agriculture. She was a homemaker and returned to college and in 1963 they moved to Jasper. Mrs. Heaton taught elementary school in Avilla, Diamond and Jasper until 1985. She then worked part time jobs, cooking at the nursing home, working at the fire station, assisting with the blood mobile and selling Fuller Brush products. She was always very supportive and helped with her husband’s activities and interests. She helped manage the family cattle farm for over 40 years.